Limbcare was formed on 8th June 2010 by Ray Edwards MBE (The UK’s Longest surviving quad amputee), Alex Hyde-Smith, Roy Wright and Barry Perrin. To create empathy, not sympathy, to all amputees and the limb impaired. With your continued help, you can make someone’s life brighter again after becoming an amputee.

Albert Edward learned about Limbcare, and its Co-Founder Ray Edwards, when Graeme was asked by a business client to dispose of a Marquee tent. It seemed too good to throw away, so after a tip-off about Limbcare and their fundraising work, Graeme drove around to Ray Edward’s house to deliver the tent for use at their future fundraising events. It was there he met Ray, who explained to Graeme that he was unable to help unload and carry in the marquee… due his shortage of limbs. I understand coffee, with a long and inspiring chat followed.

Ray is also believed to be the UK’s longest surviving quadruple amputee, as well as being Co-Founder of Limbcare. He lost both of his arms and legs to Sepsis, after what initially seemed a simple building site accident. After the traumas of his own recovery, he now devotes his life to helping others with similar disabilities.

Such injuries seem unimaginable to those of us who are able-bodied. It is therefore humbling to be able to help his charity with this small donation. 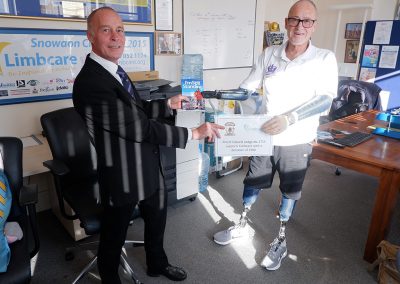 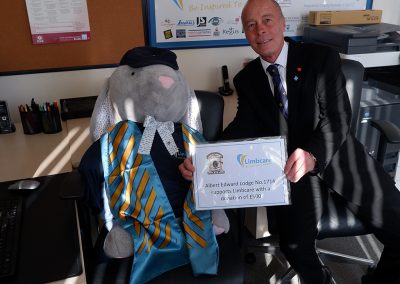 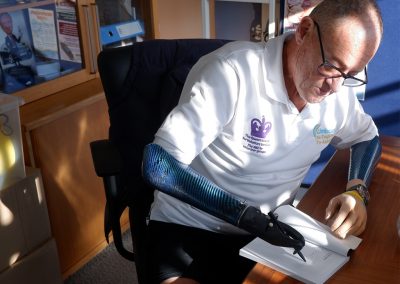 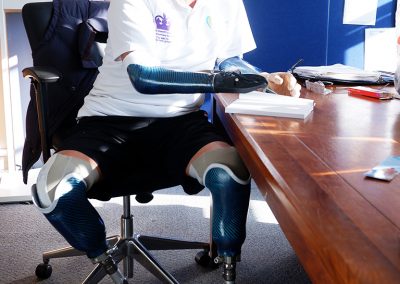 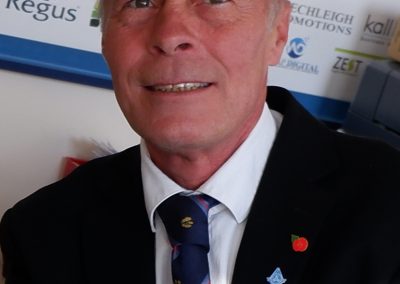 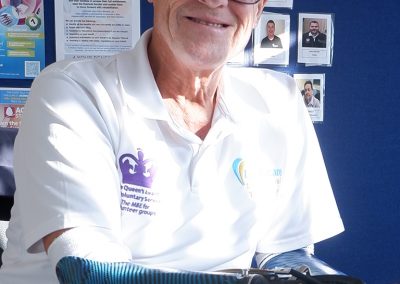